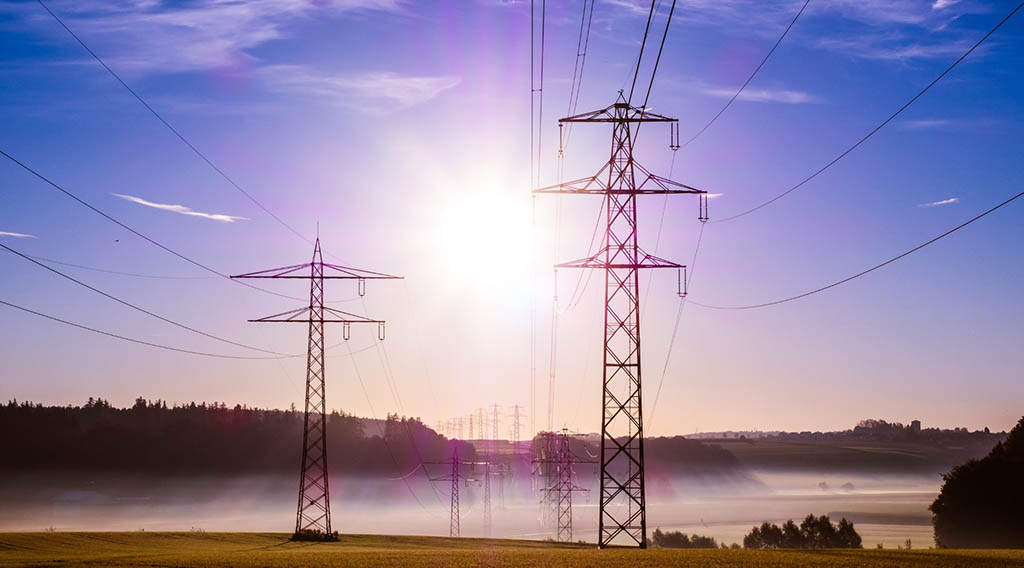 In 2007, a bipartisan group of seven governors announced ground-breaking energy and climate agreements that would go on to shape the region’s energy system. Over a decade later, Wisconsin regulators recently approved the capstone transmission project, the last in a set of 17 “multi-value transmission projects” (MVPs) across the region representing $6.5 billion in investment that grew out of those original agreements. The MVP portfolio’s 17 projects will enable over 16 GW of wind generation to come online, delivering 52 million megawatt-hours (MWh) of energy throughout the MISO footprint through 2031. Put another way, without these lines, over 60 percent of the renewable energy needed to meet the region’s renewables goals through 2031 would have been curtailed.

The governors’ agreements that ultimately led to this outcome were developed by diverse interests including industry, utilities, NGOs, and public officials from across the region as part of a multi-year effort staffed by the Great Plains Institute. The results underscore two important facts about energy system transformation—planning for the necessary infrastructure must begin many years before you hope to have it built, and bipartisan collaboration works.

Plans for the transmission project, known as the Cardinal-Hickory Creek line, received preliminary approval by a unanimous vote of the Wisconsin Public Service Commission (appointed by both Republican and Democratic governors), which will write a formal order at the end of September. The transmission line will connect portions of Iowa and Wisconsin. While the project must obtain additional regulatory approvals at the state and federal level, including for the portion of the line in Iowa, this decision is a significant step for the project.

Building large infrastructure is challenging and the MVP portfolio of projects shows how bipartisan collaboration can build durable support for transformative results over the long term. The MVP portfolio is an important example to remember as we look ahead to increasing low- and zero-carbon energy resources in the Midwest and across the country which will require planning for additional infrastructure, from transmission to electric vehicle fast chargers.

How states came together to prioritize infrastructure buildout

Back in 2007, Republican Minnesota Governor, Tim Pawlenty, was chair of the bipartisan National Governors Association and had made energy a signature issue; while Democratic Wisconsin Governor, Jim Doyle, chaired the bipartisan Midwestern Governors Association and shared Governor Pawlenty’s belief that clean energy represented a source of comparative advantage for the Midwest. The governors also viewed transmission development as an essential enabler of clean energy that a critical mass of governors in the region would support. And they did.

In the end, having Midwestern governors agree to renewable energy goals of 15 percent by 2015 moving up to 30 percent by 2030 gave MISO the impetus to incorporate those goals into their transmission planning process. These regional goals, in combination with various state laws and policies for expanding renewable energy, led to MISO’s “multi-value project” transmission build out.

Taking these policy indicators, the Midcontinent Independent System Operator (MISO, the region’s electric transmission operator) studied the potential to expand wind generation in the region and deliver that energy to load centers in these states. MISO determined that leveraging the outstanding wind resource in the west portion of the MISO footprint would be a cost–effective approach to meeting these new policies while also improving the reliability of the MISO system and lowering the cost of energy for consumers. It is the inclusion of these three buckets of benefits that make the MVPs “multi-value.”

As the MVPs have been developed and built over time, MISO has continually evaluated their impact and found that the projects have delivered significant economic, public policy, and electric system reliability benefits.

In their most recent review, MISO identified numerous other benefits of qualitative or social value such as increased local job creation and carbon reductions. While the MVPs were primarily driven by policy goals, they also enable reduced congestion on the transmission system, fuel savings, and allow MISO’s members to defer investments in new generation and transmission capacity. 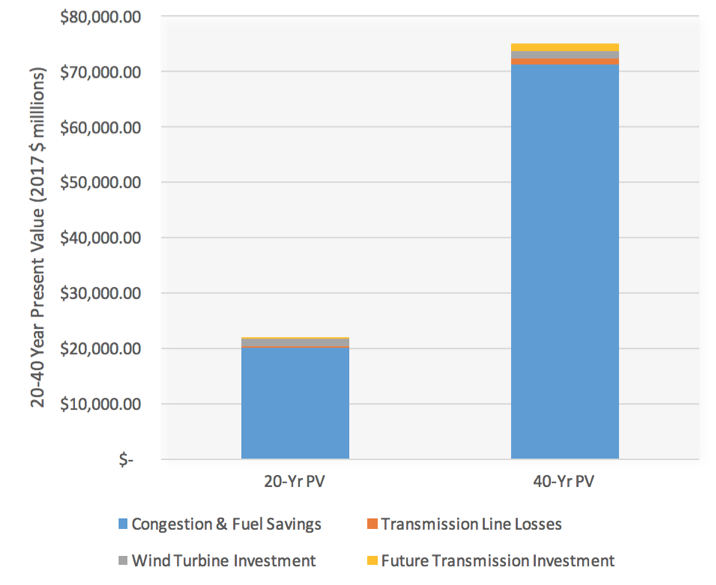 Looking ahead: more collaboration is needed to make the next level of investments in our electricity system

Fast forward to 2019, and there is a new opportunity for bipartisan collaboration that could benefit the entire region. Republican Iowa Governor, Kim Reynolds, and Democratic Minnesota Governor, Tim Walz (respectively chair and vice chair of the Midwestern Governors Association) have both agreed that the region would benefit from a new round of planning for our future shared energy infrastructure.

And none too soon. Today, despite Wisconsin regulators only recently approving the last of the 17 MVP transmission lines, the capacity of those lines has already been nearly fully subscribed. Indeed, MISO’s current interconnection queue is swollen with wind and solar projects that can’t interconnect because there simply isn’t enough transmission capacity to accommodate the over 90 GWs in the queue today. To put that figure in context, MISO’s peak load is just over 120 GW.

While most pronounced in the northwestern portion of the MISO footprint due to the robust wind resource in the region that was a focal point of the MVP projects, other parts of the footprint also have large interconnection queues—predominantly of solar generation—and could experience similar challenges in the near future.

While the need for additional transmission capacity is apparent, the drivers of transmission needs are not as straightforward as they were a decade ago. Instead of a set of statutorily obligated renewable energy mandates, renewable generation today is increasingly being deployed due to market economics, rising demand from corporate and other customers, and utility goals around clean energy. While these market drivers point to the future we must begin to plan for, they are diffuse and don’t play out identically across MISO’s footprint. As a result, they don’t provide a straightforward or coherent set of policy goals for MISO to plan around. This makes planning and allocating costs for new transmission infrastructure particularly challenging.

Thus, the time is ripe for states to recommit to a collaborative approach to defining the vision for the region’s energy future.

Such an approach can support MISO and its stakeholders in their continuous efforts to plan and build a grid to support the policy goals of the region in the most cost-effective and reliable manner.

Midwestern governors would not be alone in once again coming together around planning for the region’s energy infrastructure needs. Utility executives, too, have made clear their interest in a new round of transmission planning. Executives representing 11 utilities in the Upper Midwest recently announced the CapX2050 Transmission Vision Study to identify transmission system and infrastructure needs “as the Upper Midwest generation fleet transitions to higher levels of carbon-free generation, distributed generation and new energy storage technologies.” This study follows the earlier CapX2020 project, a pioneering effort in collaborative transmission planning that became the foundation for MISO’s current scenario-based planning process.

The CapX2050 announcement suggests two important points: first, that we are headed for a very low-carbon or carbon-free electricity system in the Midwest—and across the country—it’s just a matter of how quickly and with what mix of resources. And second, that early, up-front collaboration among parties (whether fellow utilities or neighboring states) will be key to capturing the benefits and minimizing the risks and costs of this energy transformation.

Indeed, GPI’s experience with the Midwestern Governors Association back in 2007, and the previous success of CapX2020 both suggest that the past is prologue. Although the energy landscape may be more complicated in some ways than a decade ago, that history has an important message: working across political, geographic, and ideological lines can bring about transformative change faster and at greater scale than would otherwise be possible, and deliver greater benefits to our economy and environment.

Explore pathways to decarbonization of the Midcontinent’s electricity system through our interactive web portal. 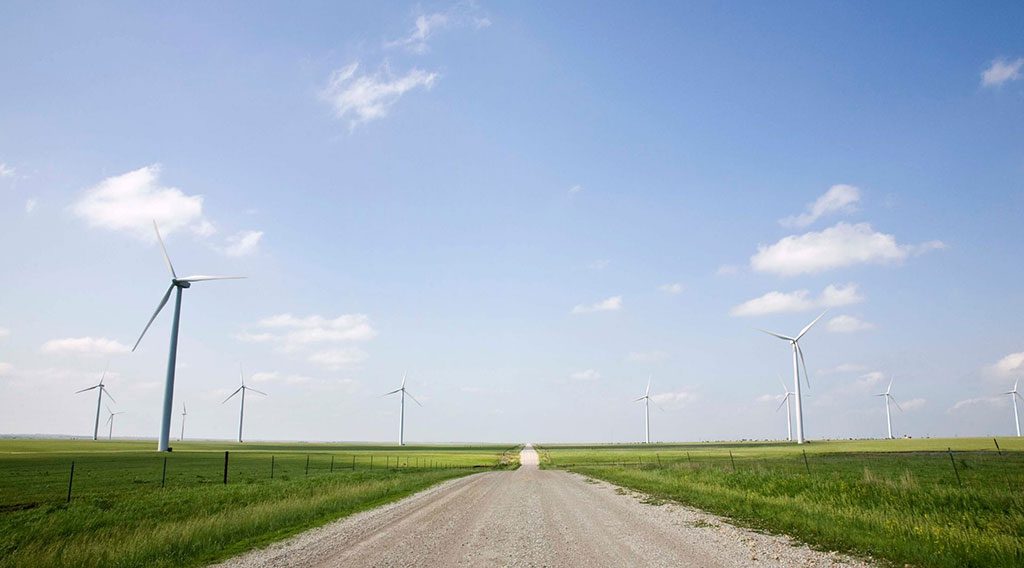