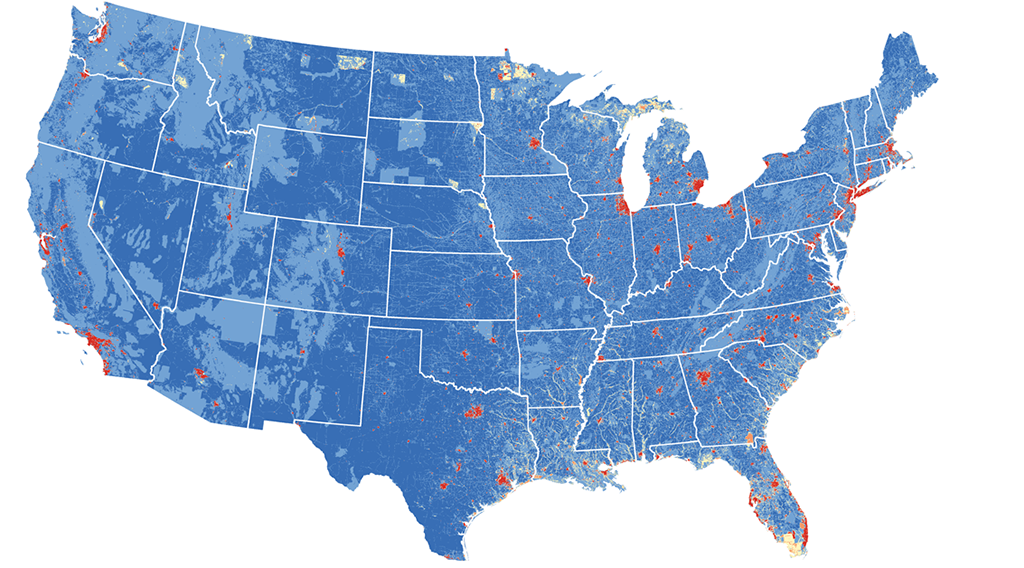 Game-changing technology that models the lowest-cost, best placement, and most effective use of carbon capture, transport, and storage has earned a prestigious research and development award. A technology that happens to be at the heart of GPI’s work on carbon capture for the past few years.

SimCCS2.0 earned two R&D 100 Awards by R&D Magazine in 2019, one in the category of software/services and a special recognition medal. Known as the Oscars of Invention, R&D 100 honors the latest and best innovations and identifies the top technology products of the past year. SimCCS2.0 was developed by the Los Alamos National Laboratory along with Montana State University and Indiana University.

“Our major goal with SimCCS2.0 was to develop a tool that would make a difference and make CO2 [carbon dioxide] capture and transport a reality. GPI is one of the leading institutions that can help make that happen,” Middleton said. “There was a time when GPI was one of the few organizations working on carbon capture, use, and storage (CCUS). Now that CCUS is gaining momentum, GPI has brought in corporations, state governments, utilities, industry, and other institutions that we never would have connected with. This expanded network uses SimCCS2.0 to help them make complex business decisions and it will hopefully be key in the widespread deployment of CCUS.”

SimCCS2.0 is an open-source software package that industry, researchers, and government can use to design CO2 capture and storage infrastructure and links CO2 sources, like power plants, with locations where the CO2 can be stored permanently and safely. The aim is to reduce industry carbon footprints and maximize revenues as well as:

Since 2017, GPI has embarked on a multi-year research and modeling effort as part of the Regional Carbon Capture Deployment Initiative. This research has focused on identifying the large-scale potential to install carbon capture retrofit equipment at industrial and power facilities throughout the United States.

Figure 1. Partners and tools engaged by GPI in our carbon capture research 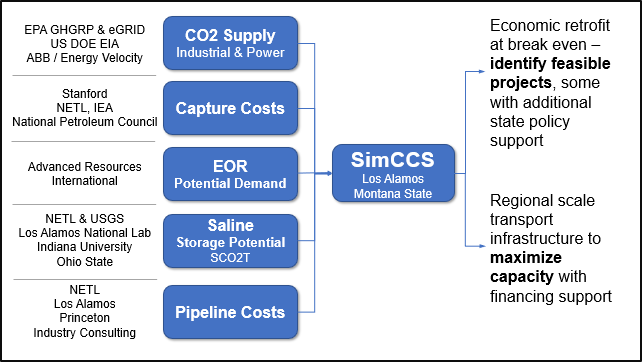 According to international scientific efforts at institutions like the Intergovernmental Panel on Climate (IPCC) and the International Energy Agency (IEA), industry-wide deployment of carbon capture will be necessary under nearly every temperature target scenario to avoid catastrophic climate change. The IPCC also estimates a nearly 140 percent increase in the cost of meeting midcentury emissions reduction goals if carbon capture is not deployed economywide. Industry-wide deployment will only be made possible through the design, planning, and use of optimized regional-scale transport infrastructure. This is where SimCCS2.0 comes in.

GPI works closely with Los Alamos to feed our data on CO2 sources and potential storage locations into SimCCS2.0. The resulting regional scale transport networks show us the best places to capture, transport, and deliver CO2 for long-term storage and greenhouse gas reduction. 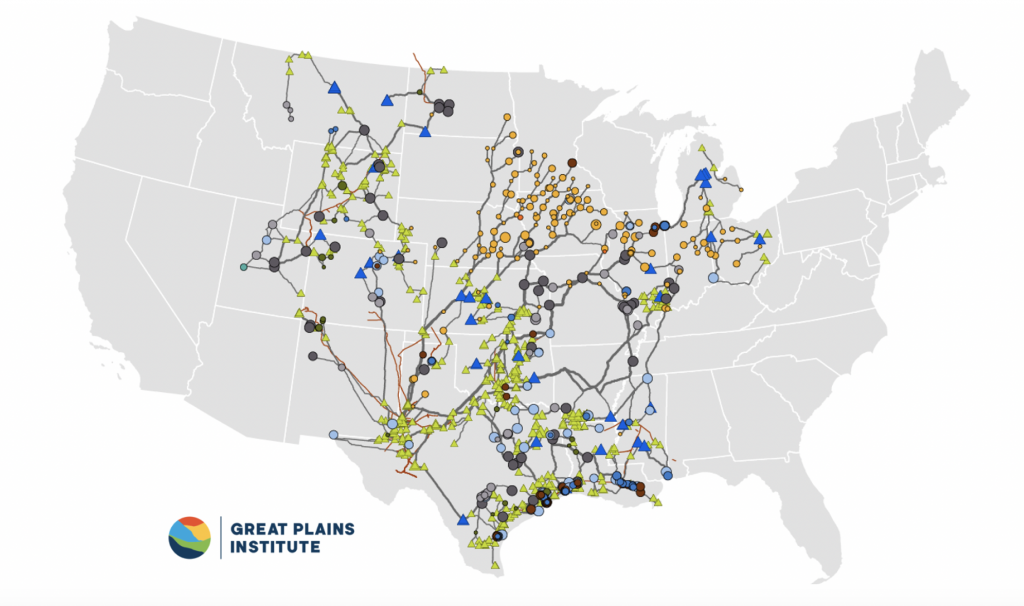 Figure 2 is an example of the power of SimCCS2.0 in helping us visualize the scale and shape of investments that will be necessary to achieve our goals for midcentury temperature targets and decarbonization.

For more information, stay tuned for the upcoming release of GPI’s analytical report on opportunities for carbon capture, transport, and storage, in early 2020. You can watch a video about SimCCS on the Los Alamos National Laboratory’s YouTube channel (keep an eye out for a cameo by GPI staff!).

Keep up to date with all GPI news by signing up for our monthly Better Energy newsletter.