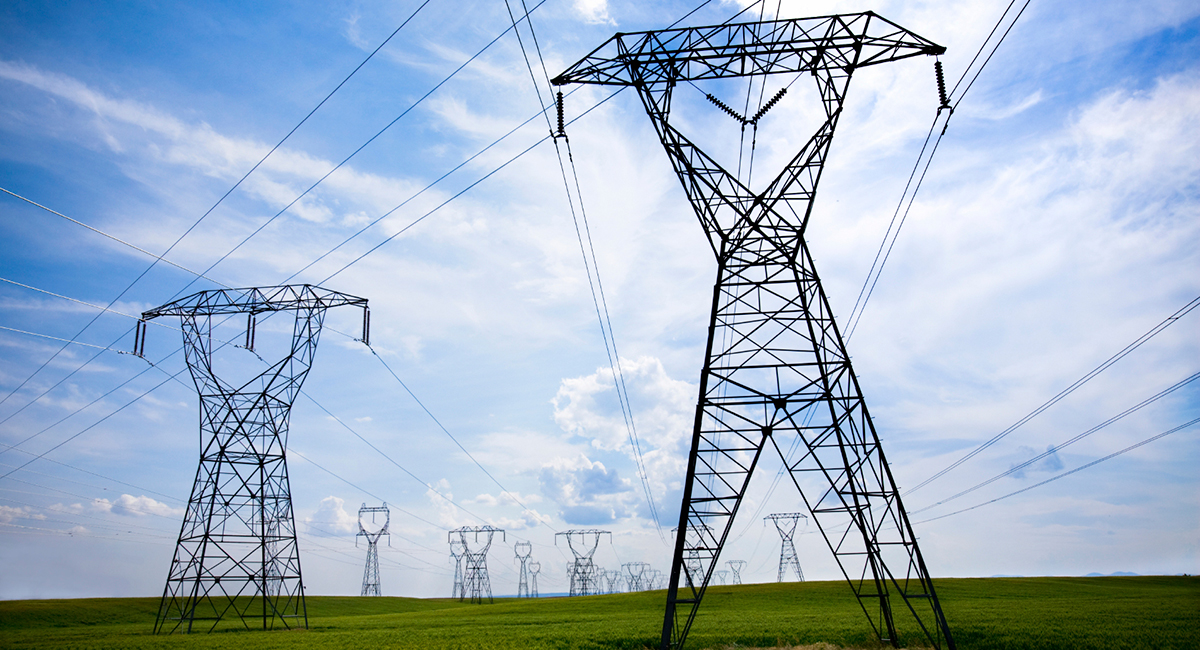 The NCAA Hall of Champions in Indianapolis, IN recently congregated the “Champions of Transmission” for the Midwestern Governors Association (MGA) 4th annual Transmission Summit.

The following details highlights from the presentations and dialogue at the Summit.

To build upon the region’s successes and the MGA’s past efforts on transmission, this meeting focused on the potential actions that states, utilities, and grid operators can take to meet the current and future challenges of grid reliability.

The Midwest has made steady progress in planning for the transmission needs of the future and midwestern governors have been actively engaged in this process to ensure collaboration and progress among the many regional stakeholders.

Tristan Vance, Director of the Office of Energy Development and Chief Energy Officerfor Indiana welcomed meeting participants on behalf of Indiana Governor Mike Pence. Indiana is developing a new state energy plan which will be released later this fall.

Clair Moeller, Executive Vice President of Transmission and Technology, Midwest Independent System Operator (MISO) gave an overview of MISO’s history, including how the region’s transmission planning has evolved over the years, beginning when he joined MISO in 2004. The formation of MISO marked the first time non-utility stakeholders were included in the planning process. The objective shifted from minimizing investment to minimizing customer’s bills, as stakeholders came together to look beyond their individual systems.

It was also the first time public policy was explicitly recognized in long-term planning. This began after MISO received a letter from seven Midwestern governors saying the current grid was slowing states down from meeting their renewable portfolio standards. This led to the multi-value project (MVP) portfolio, which is $5.8 billion of transmission needed to enable states in MISO to comply with their renewable portfolio standards.

In addition to transmission development within MISO, there was agreement that MISO needs to work harder on planning with their neighboring regional transmission organizations (RTOs). Recent joint analysis failed to produce transmission recommendations to address congestion across MISO’s seams. One complicating factor is that increasing interconnection between two RTOs will balance out prices, favoring stakeholders on one side but not the other.

Governors should be more involved in transmission development, since they could be a rational voice overseeing energy infrastructure development.

State Perspective.What one may perceive as chaotic actually represents freedom of choice; states have been able to shape their energy futures. Nevertheless, there hasn’t been enough federal policy direction to guide harmonic development of the markets. More involvement from governors would be helpful. A good example of this was the seven governor letters sent to MISO regarding state RPS and MVPs. There needs to be a clear distinction in roles between states and MISO. Individual states have jurisdiction over resource adequacy, and all MISO can do is compile data from state resource plans. Having a standard information format for state resource plans would help MISO stitch them together for a regional picture.

This was followed by a panel on Permitting Challenges and Solutions for Major Transmission Projects, including:

Order 1000 has moved us into a world of competitive transmission development. A competitive developer process has been developed at MISO, which was described as “managed chaos.” Competition breeds innovation, for example we will begin to see changes in how towers are constructed and the use of storage on the transmission system. The regulatory processes will need to adapt and catch up to this, including streamlining the process to get projects built in a more timely fashion. After receiving RTO approval, transmission projects often get delayed in state regulatory processes. The project may need to gain approval from multiple state and federal agencies, triggering multiple and redundant environmental studies.

There is no one-stop-shop for navigating permitting, siting, and environmental requirements among the multitude of agencies.

The Department of Energy is working on a number of initiatives that could help reduce permitting times for major transmission lines (see DOE section later in this post).

Jeffery Dennis, Director of Division of Policy Development, FERC gave a very informative keynote address discussing how FERC’s transmission policy has evolved over the years, starting with open access reform with FERC Order 888 and later Order 890, and currently Order 1000. These policies are important given the large need for more transmission. The Brattle Group has published studies saying that $240–330 billion in transmission is needed by 2050. The NREL Eastern Wind Integration and Transmission Study (EWITS) concluded $90 billion is needed for a 20-30% penetration across the Eastern Interconnection.

There are a number of relevant initiatives that FERC is currently focusing on:

The first day ended with a panel discussion on Working Within System: How Commissions and Stakeholders can Facilitate Regional Benefits and Cooperation, including:

Question: What are the current priorities for your respective organizations and RTOs?

Question: What should FERC be focusing on in relation to your RTOs and states?

The purpose of the Quadrennial Energy Review (QER) is to step back and coordinate energy issues across federal agencies. Its focus over the next year is on transmission, storage, and distribution.

Other DOE transmission initiatives include:

AES owns 36 GW of generation worldwide, including 13 GW across the U.S. in California, Hawaii, Texas, Midwest, and the East Coast. They also own Dayton Power and Light and Indianapolis Power and Light.

An overview of the global markets in which AES has operations was provided, including Latin America, Eastern Europe, China, and the Phillipines. The U.S. has higher reliability expectations than most other regions. AES has 200 MW of battery storage worldwide, including units in PJM and California. California’s long term policy certainty helps AES make long-term investments. There are resource adequacy issues in Ohio with generation retiring and market uncertainties. Some participants were bullish on storage, while others thought it was uneconomical in the Midwest in part because it doesn’t allow you to exploit the regional diversity of renewables like transmission can. Additionally, the way utilities are regulated and do business is changing. For example, New York is challenging the notion that centralized generation is the way to go, and making a push for energy independence. Additionally, Hawaii’s regulators recently threw out HECO’s proposed IRP because they didn’t consider new technologies and transmission alternatives.

EPA has received a lot of feedback and will receive lots more on how to become more sophisticated in how they calculate their building blocks. It is possible that the state targets will change in the final rule. There were questions regarding if generation will be credited based on where it is located or where it is delivered.

The proposed rule calculated the targets based off generator’s physical location, but compliance may be achieved based off where the energy is delivered. This would require multi-state cooperation for energy that is delivered across state lines.

The fact that utility territory doesn’t match with state lines complicates matching those who benefit with those who pay. EPA is also looking at opportunities to allow utilities to phase-in their compliance with a glide path of reductions prior to 2020, instead of a cliff of requirements starting in 2020.

Air regulators are entering new territory with this rule. A group of air and environmental regulators from the MISO territory (Midcontinent States Energy and Environmental Regulators) are meeting to discuss regional compliance. MISO and SPP are having conversations with air regulators to introduce themselves.

One unusual feature of 111d is the disparity it has created among states with individual targets. This may lead to a quid-pro-quo situation for states looking at regional compliance. The fact that hydro was excluded from the numerator and denominator of the rates has resulted in strict targets for states that have a lot of hydro. Participants expressed a desire to allow Canadian hydro count for compliance, but were unsure if the Clean Air Act would allow it. Manitoba Hydro has lots of potential for new hydro. Concern was expressed that 111d could cause states to revert back to parochialism, and lose the regional progress the Midwest has made over the past decade. MISO’s analysis has shown that:

Everyone agreed that much more analysis and discussion is needed to determine how states can best meet the EPA’s Clean Power Plan Proposed Rule.