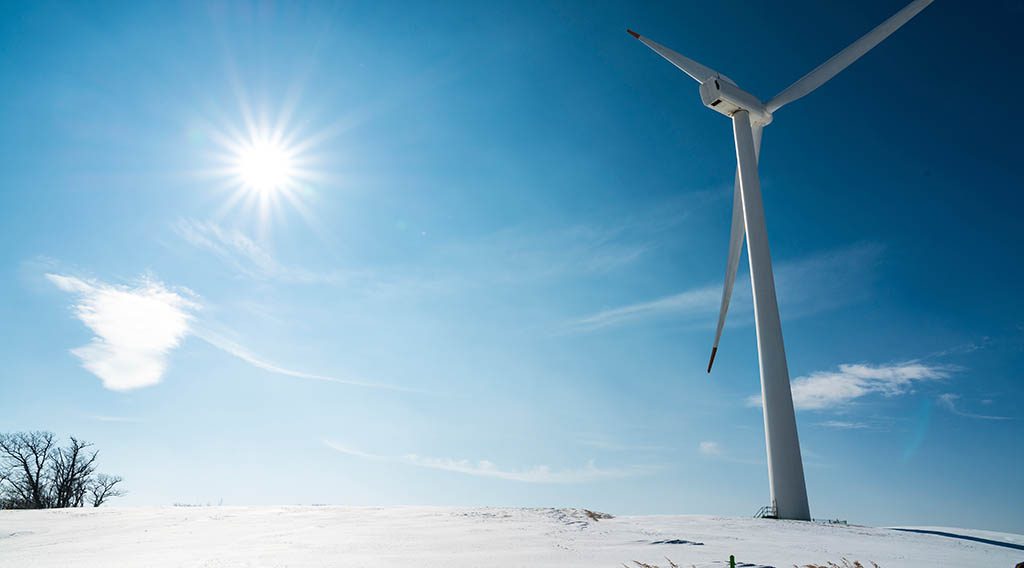 At the end of January, the polar vortex brought bitter cold temperatures to the Upper Midwest of the United States. Some parts of northern Minnesota hit -45°F temperatures with wind chills down to -65°F. The record-setting low temperatures and frigid wind chills posed a safety and reliability threat to the region’s people and infrastructure alike. It forced some utilities in the region to appeal to the public to curb their natural gas use, and the Midcontinent Independent System Operator (MISO, the region’s transmission grid operator) to declare a maximum generation event.

What is a Maximum Generation Event?

MISO, like all of the regional transmission operators (RTOs) in the US, has plans in place to manage challenging operating situations called Emergency Operating Procedures. These procedures provide grid operators the tools necessary to maintain the reliability of the transmission network including enhanced communication and coordination with market participants and local balancing authorities, and access to additional generation and demand resource capacity that is only available once an emergency has been declared.

Over the last few years, MISO has had a handful of these events, sometimes for the whole footprint and other times for only a portion of it. The events have occurred for various reasons including unseasonable hot weather, unexpected load forecast errors, generation and transmission outages, and extreme cold weather. Usually, the need to declare an emergency is driven by a combination of challenging operating circumstances. Fortunately, each of these events has provided an opportunity to identify risk drivers and address them with process improvements: a key point we return to below.

Early indications are that there were two major drivers of the maximum generation event that was declared on January 30, 2019 and went into January 31. First, MISO forecasted upwards of 10-14 GW of wind generation in the northern part of its footprint but late on January 29 and into January 30, grid operators saw actual generation coming in below the forecasted level. Normally this would not be a problem. But because of the extreme cold, MISO operators were not confident other generation capacity would be able to come online to match supply to demand on the grid.

For wind turbines, extreme cold can mean that the oil in the gearboxes can start to solidify. There are preventative measures project developers can take to mitigate this risk, like installing cold weather packages that enable the turbines to continue operating down to a crisp -30°C. As shown in figure 1 below, temperatures in the region got well below the -30°C threshold and, as a result, some wind generators shut down until temperatures increased.

Importantly, it is not the fact that wind generators shut down due to the extreme cold that drove the emergency. Wind turbines are designed to behave in this way to protect the equipment and prevent permanent damage. The key factor was the error in the forecast that did not take this technical specification into account combined with the unavailability of other capacity.

MISO and wind owners both use weather data to develop forecasts of wind generation. MISO uses the data as one of many inputs into its day-ahead market process to make sure enough generation capacity will be online the next day to maintain reliability on the grid. Yet, MISO did not have complete information on the temperature-related technical operating limitations of the wind turbines, and, as a result, they were not baked into the wind generation forecast.

According to MISO staff, this event was the first time they had ever seen wind turbines reach technical operating limits due to low temperatures in the region. After all, this cold weather event was billed in the press as “the coldest weather of a generation,” so it doesn’t happen very often.

Amazingly enough, MISO already began to change their forecasts by the end of the day on January 31. MISO started to incorporate temperature limitations into its wind generation forecast which helped them better manage generation availability and load forecast uncertainty, and ultimately the maximum generation event was ended late in the day. 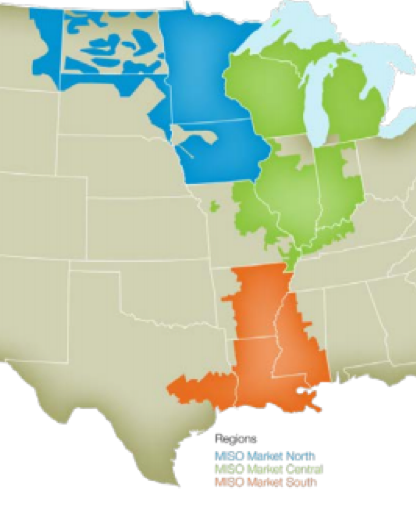 And despite the operational challenges, wind generation still provided a whopping 30 percent of the energy supply over these three days in MISO’s Market North region (colored blue in figure 2).

Looking forward, MISO will explore new processes to collect minimum operating temperature information for wind generators throughout the footprint and modify the wind generation forecast methodology to more accurately reflect the operating characteristics of the fleet.

This event will improve wind generation capabilities and provide critical lessons learned as the region continues to deploy wind turbines. It is far better to go through challenges like this to gain critical operating experience and improve operating procedures while the region gets only about 8 percent of its annual energy from wind. As that number continues to grow, the improvements implemented as a result of the 2019 polar vortex will help MISO maintain operational reliability while increasingly using these low-cost resources that are critical to achieving a decarbonized energy system.

There is another factor driving long-term reliability improvement for the wind fleet in MISO: geographic diversity. As figure 1 above shows, the extreme cold didn’t hit the whole MISO footprint all at once. It swept into the Dakotas and Minnesota in the morning hours of January 30, then east through the Great Lakes region on January 31. As figure 3 shows below, early wind development in MISO was concentrated in the northwest part of the footprint, where the wind resource is the best and transmission capacity was approved to support delivery of wind energy. However, as turbine technology has improved and costs have dropped dramatically, deployment of wind energy has spread across the MISO footprint. This expansion will be driven even further as utilities throughout the region announce renewable energy and carbon reduction goals and want to develop those resources locally to capture the economic development benefits for their states. One such example is the Northern Indiana Public Service Company (NIPSCO) which recently announced a plan to build 800 MWs of wind in Indiana. The wind generation currently in MISO’s interconnection queue demonstrates that this trend will continue.

The benefits of geographic diversity were already evident during the 2019 polar vortex. DTE Energy noted that their 277 wind turbines in Michigan performed well throughout the week. To fully leverage this benefit in the future, the region’s transmission grid will need to be robust enough to move energy from where it is generated to where it is needed. Combined with better forecasting methodologies and situational awareness, these tools will help MISO and other RTOs meet the reliability needs of the region with the lowest-cost and lowest-carbon generation technologies available, even during extreme weather events.