The Impact of Wind Generation on Wholesale Electricity Prices in the Midcontinent Market: And Empirical Investigation 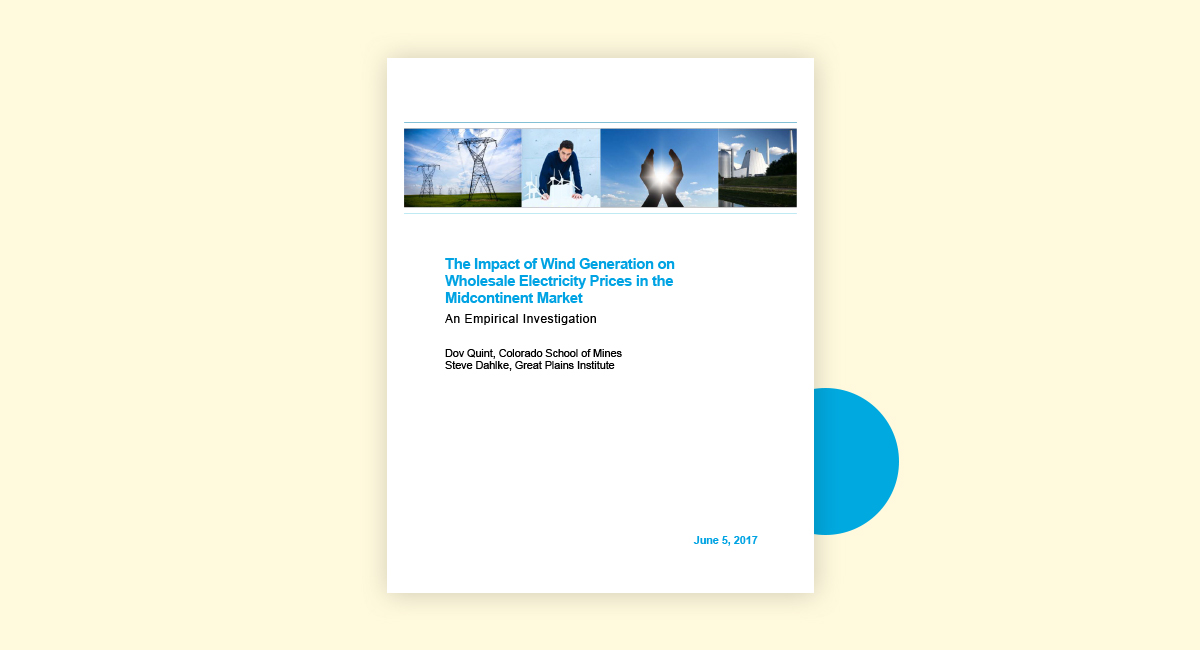 The Midcontinent Independent System Operator, known as MISO, is the second largest organized competitive wholesale electricity market in the U.S., serving 14 states with over 180 gigawatts of generation capacity, encompassing 6,427 generating units, and 65,800 miles of transmission lines. (FERC, 2017) Wholesale electricity prices in MISO have decreased over the past several years, as both natural gas prices have fallen and as large amounts of wind generation capacity have been added.We identify the impact of increased wind generation on wholesale electricity prices in MISO using an empirical econometric approach studying historical hourly electricity prices, demand, natural gas prices, and other MISO market data over the years 2008-2016. The results show a statistically significant impact of wind generation on real-time hourly MISO system prices, ranging from an estimated decrease of $0.14 to $0.34 per mega-watt hour for each 100 mega-watt hours of additional wind generation, depending on the time period considered. We -observe this effect declining over time: the $0.34/MWh effect is observed during 2008-2011, and the $0.14/MWh effect is observed during 2013-2016. The decreasing marginal impact of wind generation over time may be attributable to the long-term shifts in the supply and demand dynamics experienced in the MISO energy market, as well as to changes made to the MISO market structure to better accommodate variable generation. Finally, implications of our findings with respect to forecasting effects of future increased wind penetration on electricity markets are discussed.