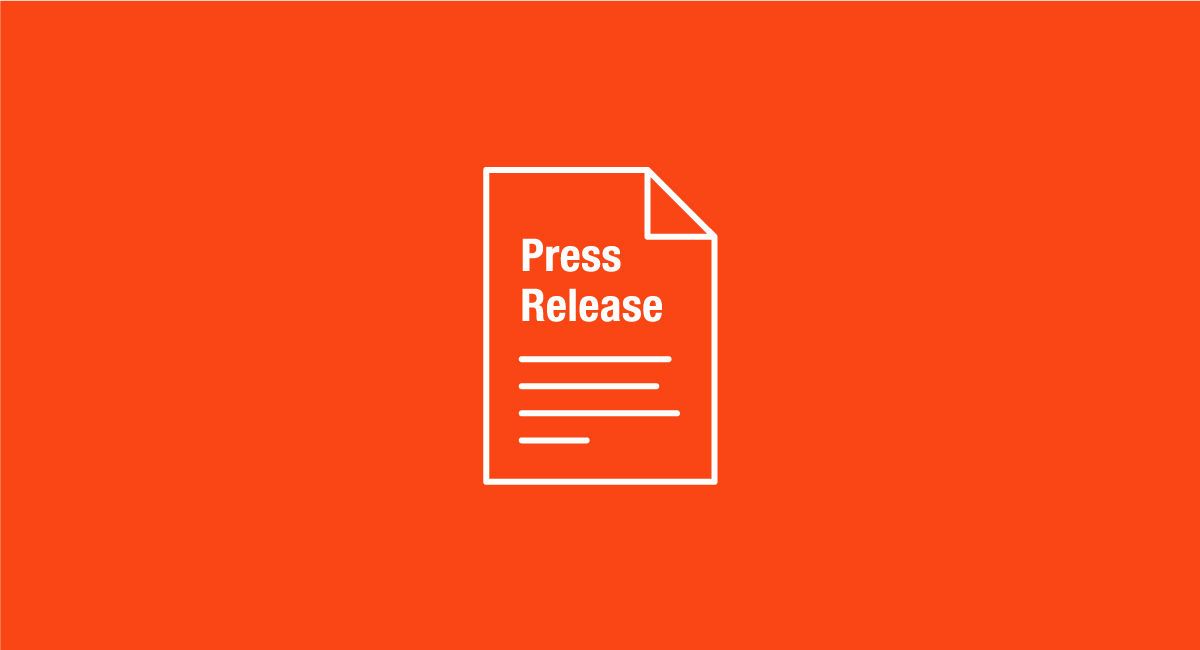 Industry, labor, and environmental groups today called on Members of Congress to support legislation to be introduced by Congressman Mike Conaway (R-TX) to make permanent the existing federal carbon capture and storage incentive known as Section 45Q. The incentive is designed to spur commercial deployment of technologies to capture carbon dioxide emissions from power plants and industrial facilities for use in enhanced oil recovery (CO2-EOR), while permanently and safely storing that CO2 underground.

The unique coalition brings together energy and environmental interests that don’t always work together, including advocates concerned about climate change, supporters of America’s coal and oil industries, and representatives of organized labor. The coalition partners share a common goal: extending and reforming a federal policy to help sustain production of our nation’s abundant domestic energy resources, while reducing our carbon emissions.

Unless extended, the 45Q tax credit will expire upon reaching its current 75 million-ton cap. According to the U.S. Treasury, over half of available credits have been claimed. The proposed legislation would eliminate the cap, providing certainty that project developers need to obtain financing. The bill would also gradually increase the credit value for CO2 storage through enhanced oil recovery or other types of geologic storage (from $10/ton and $20/ton, respectively) to $30 per ton by 2025.

For over 40 years, the U.S. independent oil and gas industry has led the world in using CO2 for oil production and geologic storage of carbon, and it currently provides 4 percent of domestic oil production and uses roughly 65 million tons of CO2 annually. According to a recent study by the U.S. Department of Energy, with an increased supply of CO2, the industry could produce an additional 21-63 billion barrels of oil using today’s technology and store 10-20 billion tons of CO2, or up to four years’ worth of national emissions.

“Using CO2 enhanced oil recovery technology can increase ultimate recovery of US oil reserves in fields where it is employed,” said Jody Elliott, President, Oxy Oil & Gas – Domestic. “Accomplishing this will require a significant increase in the supply of CO2 that is captured, transported by pipeline and available for purchase by the oil industry – and part of that additional CO2 will have to come from power plants and industrial sources.”

A major source of CO2 for future EOR is coal-fired power plants, which face a growing need to reduce carbon emissions. Deployment of carbon capture technologies offers a critical path forward for coal producers and power companies reliant on coal.

“Commercializing carbon capture, use and storage (CCUS) technology is essential for meeting the world’s energy and economic goals,” said Peabody Energy President and Chief Executive Officer Glenn Kellow. “The Section 45Q provision is one of several policy measures that are critical to advance broad deployment of this technology.”

“The nations of the world recently committed to limiting average temperature growth on our planet to two degrees Celsius above pre-industrial conditions,” said Kurt Waltzer, Managing Director of the Clean Air Task Force. “There’s no practical way to meet this target without carbon capture and storage, and Congress needs to provide incentives to help deploy additional commercial CCS projects.”

“CCS is absolutely critical to preserving good-paying jobs in manufacturing and industrial and energy production, while reducing the environmental footprint of these activities” said Brad Markell, Executive Director of the AFL-CIO’s Industrial Union Council. “The financial incentives in this legislation will also support much-needed construction jobs as we build projects and infrastructure for CCS. Representative Conaway has proposed a win-win for our economy and environment.”

“There are few real examples of technology that are both good for the economy and good for the environment. Carbon capture technology is one true example. Incentives to develop and deploy carbon capture will have a positive effect on our economy while at the same time, reduce greenhouse gas emissions. A permanent extension of tax credits for Section 45Q of the Tax Code will be essential in building a twenty first century economy that provides large numbers good paying jobs while addressing environmental concerns.” D. Michael Langford, National President, Utility Workers Union of America, AFL-CIO

“Organizations like the IPCC and International Energy Agency have made it perfectly clear: the world needs more CCS deployment in order to meet our climate goals. Washington can encourage additional private sector investment in CCS by improving the 45Q tax credit. It’s a smart way to get more projects built and bring down the cost of this critical piece of the climate puzzle.” Josh Freed, Vice President for Clean Energy, Third Way

“If America is serious about reducing carbon emissions, then we need to develop technology that will cost effectively capture and store it. Representative Conaway’s proposal is the best legislative opportunity out there. It’s time for Congress to enact it.” John Risch, SMART Transportation, National Legislative Director

“The Conaway proposal to provide certainty for Section 45Q of the tax code is absolutely necessary to provide incentives for industrial projects that plan to capture CO2 for use in EOR. Construction costs for large industrial projects are the biggest risk factor in Rfinancing and implementation of projects. The Lake Charles Methanol Project, which plans to capture 4 million tons of CO2 annually, cannot count on Section 45Q credits because the program is limited and has expired for practical purposes because of the years it takes to build such a large project. The Conaway Bill would restore this valuable incentive to capture large amounts of CO2 and ameliorate construction costs of this multi-billion industrial project.” Hunter Johnston, Counsel, Lake Charles Methanol, LLC

“Cloud Peak Energy strongly advocates for coherent federal legislation that will allow the US to enjoy the long-term benefits of safe, reliable, and low-cost energy while addressing environmental concerns in an achievable timeframe. This legislation is an important step towards ensuring that Carbon Capture Utilization and Storage is developed on a commercial scale so that this technology can eventually be deployed both domestically and around the world.” Richard P. Reavey, Vice President Public Affairs, Cloud Peak Energy Resources LLC

“Carbon capture from and industrial source using petcoke as a feedstock represents a huge business opportunity for the Port of Lake Charles. Presently, the Port handles millions of tons of petroleum coke for export to overseas customers. If petroleum petcoke could be used locally in a clean way that captures CO2, like the Lake Charles Methanol project intends at the Port’s facility, it will have a major positive impact on local jobs and the environment. This tax credit proposal will encourage more projects such as this, creating thousands of jobs and improving our environment, while also producing more oil through enhanced recovery techniques. We encourage Congress to pass this legislation to provide a predictable incentive to developers to offset the huge investment risks of implementing these new technologies.” Bill Rase, Executive Director of the Port of Lake Charles, Louisiana 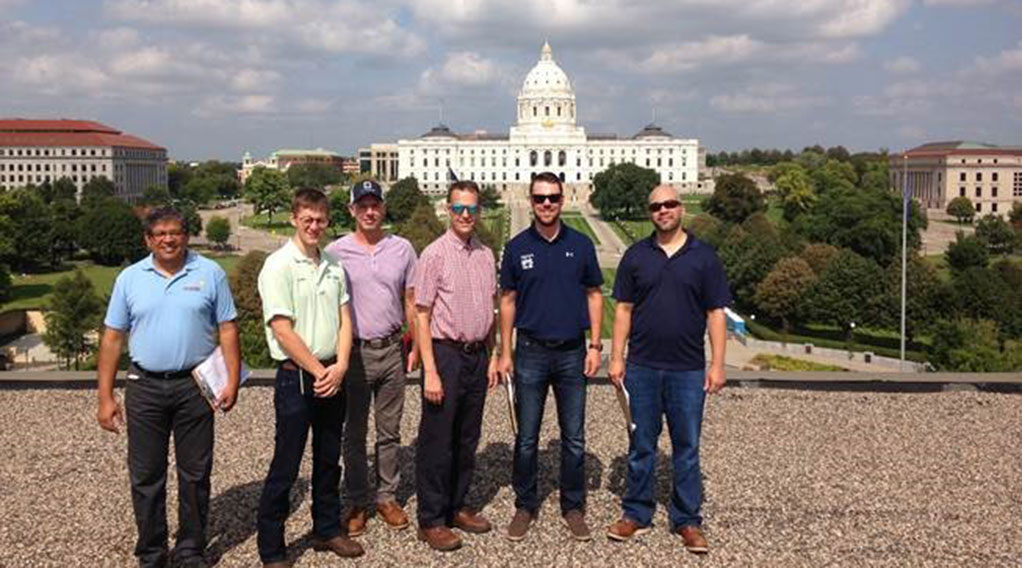