Mitigation is Not Enough 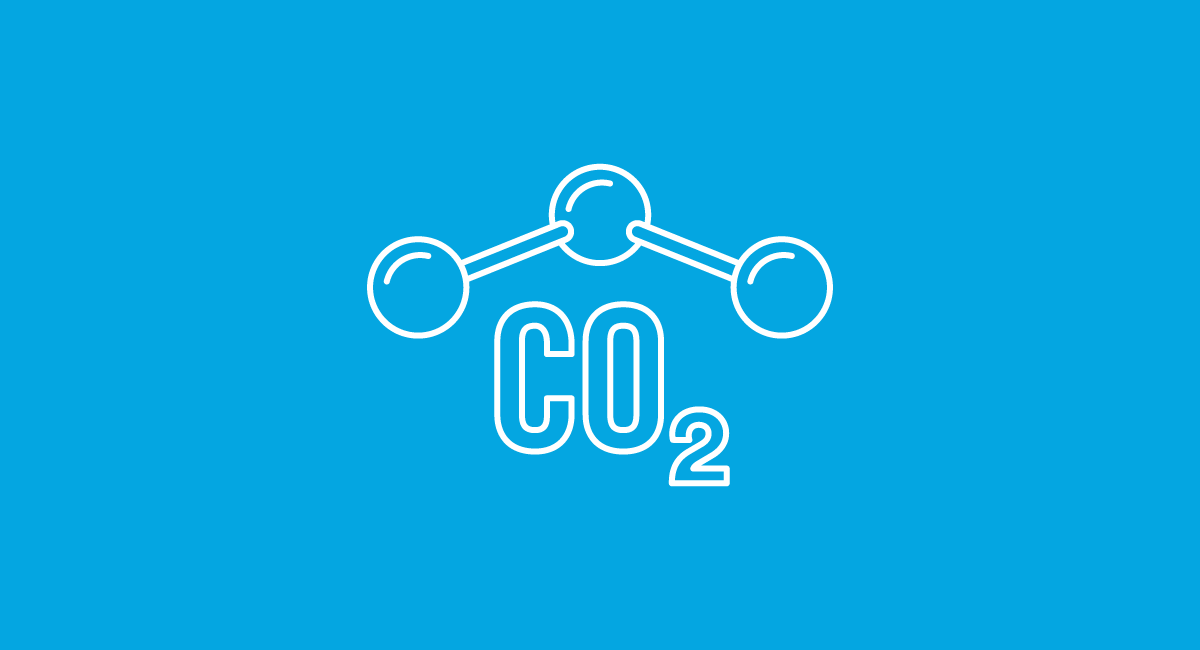 Recently, I had the opportunity expand my education in the whole range of technologies that are currently being investigated by scientists around the world to remove greenhouse gases from the atmosphere.

The appropriately named “Oxford Greenhouse Gas Removal Conference,” hosted by Tim Kruger at the Oxford Martin School, was devoted to assessing the state of the science for carbon removal technologies and developing strategies for making progress in deploying them.

Why is Greenhouse Gas Removal Needed?

It is worth backing up a bit and explaining just what is meant by greenhouse gas removal. There is an international consensus that avoiding the worst harms from climate change means avoiding more than 2°C of warming, which in turn means not exceeding about 450 parts per million (ppm) of greenhouse gases in the atmosphere. Or to adopt the careful wording of the IPCC assessment reports it is “likely” that warming will not exceed 2°C if concentrations do not exceed 450 ppm.

But here is the great contradiction of the recently forged Paris agreement: the negotiators must publicly express great optimism that 2°C can be achieved, while privately many of them are skeptical that this is possible.

The unfortunate reality is that we are emitting greenhouse gases so rapidly that we are likely to pass 450 by 2040 on the way to much higher levels by 2100 and even 2200. We must also acknowledge the views of scientists such as James Hansen who argue persuasively that 350 ppm is actually the limit for a safe climate! Which, of course, we have already exceeded.

These arguments lead to a challenging conclusion: it isn’t enough to simply reduce emissions. Even total elimination of GHG emissions might be insufficient, even if it happens today!

In addition to reducing emissions (through development of renewables, deployment of energy efficiency, building better cities, developing lower carbon transportation fuels, etc.), we must also figure out how to actively remove CO2 from the atmosphere. 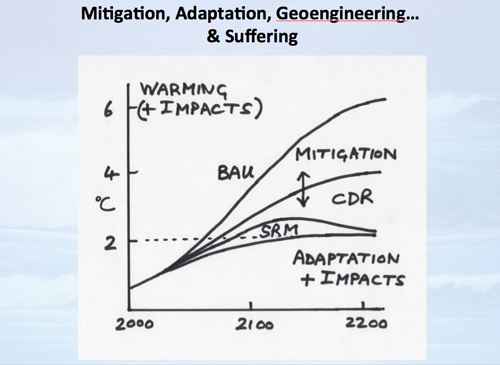 The above “napkin graph” is from a presentation by John Shepherd from the University of Southampton explaining the relative roles of Mitigation, Carbon Dioxide Removal (CDR), Solar Radiation Management (SRM) in avoiding a Business as Usual (BAU) catastrophe. Even with all these efforts, adaptation is necessary and impacts are felt. Presented at the Oxford Greenhouse Gas Removal Conference.

What is greenhouse gas removal?

To recycle a commonly-used metaphor (recycling is good, right?), think of the atmosphere like a bathtub. The drain plug is engaged, and the faucet is on full blast. We can slowly turn down the faucet (or reduce GHG emissions). But if the faucet is still running, the bathtub keeps filling. And what if it is already too full? The only solution is to release the drain plug.

If only it were so simple! The problem (to overextend our metaphor) is that this bathtub’s drain is clogged and only a bit of water can leak through. And the faucet is broken and we can only turn it down a little bit at a time. And it’s a bit of a hike to the hardware store to go get some drain cleaner and a snake, so we had better get going right now if we want to avoid a big wet messy problem!

In the real world, there are many promising ideas for how we can actively remove carbon dioxide from the atmosphere. But most of them will take decades to deploy at scale.

A National Academy of Sciences report from 2015 summarizes the broad categories:

Clearly the barriers to deploying these technologies are large, and the time to deploy will be long. Much more effort is needed if we are to succeed. But the stakes are too high to balk at the challenge.  Returning to the IPCC’s 5th Assessment report: “mitigation scenarios reaching about 450 ppm CO2eq in 2100 typically involve temporary overshoot of atmospheric concentrations, as do many scenarios reaching about 500 ppm to 550 ppm CO2-eq in 2100. Depending on the level of the overshoot, overshoot scenarios typically rely on the availability and widespread deployment of BECCS and afforestation in the second half of the century.”

Where do we go from here?

It is clear that these technologies are needed, relatively soon (mid-century) and at massive scale. Significant investment in research, development, and deployment will be required, but very little investment is currently being made. And very few members of the climate and energy community (government, NGO, business, etc.) are working on this topic. GPI is keenly interested in finding ways to increase the focus on greenhouse gas removal, including working with likeminded organizations, communicating about the potential to decision-makers, and supporting research, demonstration and deployment where possible. We are working with organizations like the Bellona Foundation, and the Center for Carbon Removal (CCR) at UC Berkeley that has done interesting work to think about the philanthropic role in stimulating more greenhouse gas removal activity.

The discussion around greenhouse gas removal has a definite multi-generational character. We’re talking about restoring the earth to a safe and healthy climate over a several hundred year period, after a very likely overshoot into more dangerous atmospheric concentrations. Meanwhile we must take the right steps now to prepare future generations for success. It is a project not unlike building a medieval cathedral – finding meaning in a project that your children or grandchildren or great grandchildren will bring to completion. These discussions seemed quite appropriate in Oxford where teaching at the University has gone on since the 11th century and the city includes, among other ancient institutions, a tavern that dates back to the 12th century.