Performance-Based Regulation in Minnesota: A Decade of Progress 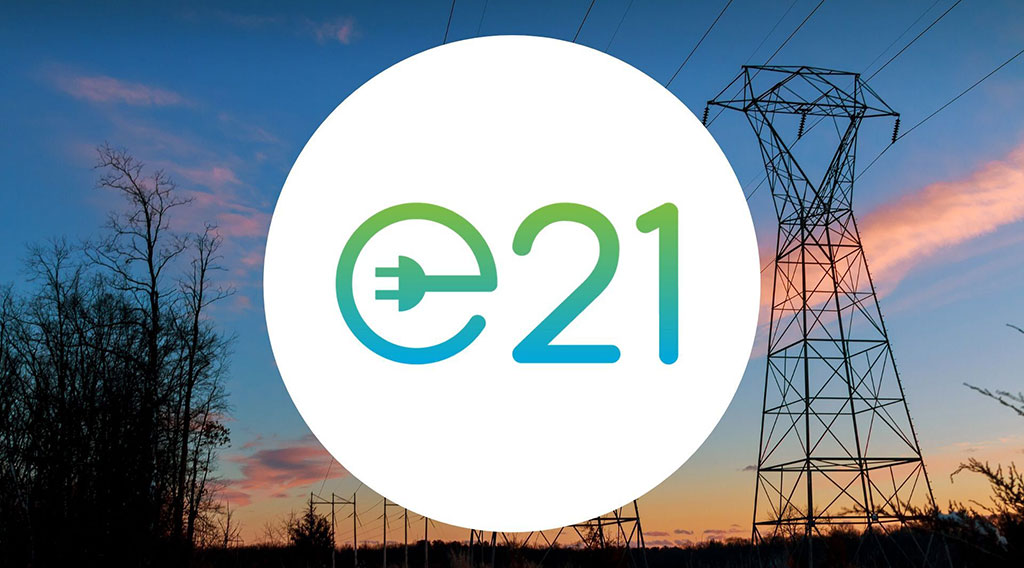 The Great Plains Institute and Center for Energy and Environment convene the e21 Initiative, which has and continues to play an important role in discussions on aligning utility performance with public policy goals in Minnesota.

This post summarizes the history of progress on performance-based regulation in Minnesota from 2009-2020, including key developments that have led to the current stage of work.

Here are three takeaways from Minnesota’s work on performance-based regulation:

This post also links to work products and documents created along the way. Much of this is detailed even further in the Smart Electric Power Alliance case study, which states that “Minnesota’s deliberate, measured and comprehensive approach to regulatory reform offers guidance and best practices for other states considering how to evolve their regulatory processes and practices.”

Timeline of progress on performance-based regulation in Minnesota

The MPUC completes the Utility Rates Study and finds that, among other things, “Fundamentally, the question is whether there are better ways to incentivize utility performance to ensure public policy goals are met. There are alternatives and they each should be evaluated through further discussion and inquiry.” (See page 22 of the Utility Rates Study)

The legislature enables multi-year rate plans (MRPs) lasting up to three years and the MPUC opens Docket 12-587 to establish MRP criteria and standards.

The MPUC issues an order establishing the terms, conditions, and procedures for MRPs. Xcel Energy files the first MRP in Minnesota, proposing a two-year timeline (Docket 13-868). The MPUC eventually approves the MRP in May 2015.

GPI launches the e21 Initiative in partnership with CEE, Xcel Energy, Minnesota Power, George Washington University Law School, and Energy Systems Consulting Services. Together, the partners convene about 30 stakeholders representing key perspectives on Minnesota’s electric system for monthly, day-long meetings for a year to develop consensus recommendations towards “a more customer-centric and sustainable framework for utility regulation in Minnesota that better aligns how utilities earn revenue with public policy goals, new customer expectations, and the changing technology landscape.” e21 publishes its Phase I Report in December with several recommendations, including consensus support for a multi-year regulatory framework to be further developed in e21 Phase II.

The Minnesota legislature makes several modifications to the existing MRP statute, including allowing MRPs up to five years in duration and giving the MPUC authority to “require the utility to provide a set of reasonable performance measures and incentives that are quantifiable, verifiable, and consistent with state energy policies.” Xcel Energy files a new MRP in Docket 15-826 offering either a three-year or five-year term, which is ultimately settled and approved in June 2017 as a four-year MRP lasting from 2015-2019.

e21 launches Phase II, continues convening stakeholders, and subsequently publishes its Phase II Report, including a white paper on a “Performance-Based Compensation Framework” in Minnesota that lays out a continuum of performance-based regulation and further explores the potential performance measures and incentives that were enabled in the 2015 legislation. The report suggests a set of principles for performance outcomes and metrics that will later be reflected in the process and design principles adopted by the MPUC.

PUC initiates new proceeding on performance metrics. As part of its 2015 MRP filing, Xcel Energy had proposed a set of performance metrics addressing customer satisfaction, customer choice, environmental stewardship, and customer outage experience. In the comment periods for that filing, and as documented in the MPUC’s June 2017 order approving the 2015 MRP, “The Department argued that, before a new performance metric can be evaluated, much more detail needs to be provided about what exactly would be measured, how the data are to be collected, and what behaviors are being targeted for change. It recommended that the Commission open a separate proceeding to evaluate Xcel’s proposed metrics, craft additional metrics, and consider whether to tie any financial penalties or incentives to the Company’s performance under those metrics.” The MPUC agrees and subsequently opens Docket 17-401 in September 2017 to “Identify and Develop Performance Metrics and, Potentially, Incentives for Xcel Energy’s Electric Utility Operations,” asking for comments on a broad range of questions around measuring and incentivizing utility performance.

e21 roundtable begins. Following the opening of Docket 17-401, e21 convenes a roundtable of the engaged stakeholders (including Xcel Energy) in advance of the deadline for initial comments. The roundtable meets for the first time in November 2017 to discuss stakeholder perspectives on performance-based regulation overall, as well the MPUC’s specific questions open for comment. The group agrees that more time for discussion would be valuable, and the Minnesota Office of the Attorney General (OAG) subsequently requests a deadline extension for initial comments, which is approved by the MPUC, extending the conversation into 2018.

e21 roundtable concludes. The roundtable meets four more times in January 2018 in advance of the initial comment deadline to discuss the following items that will later become relevant to the 2020 stage of Docket 17-401: 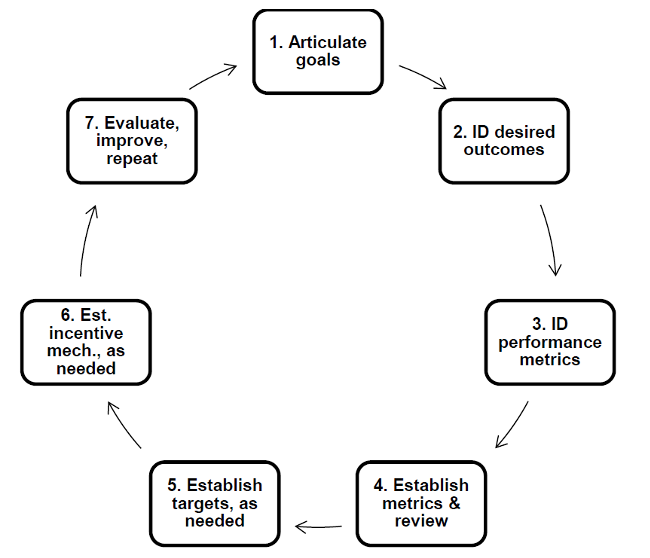 GPI leads a stakeholder process on metrics. GPI convenes a webinar and two stakeholder meetings to build an understanding of different perspectives on what should be measured within each of the five outcomes and to develop a broad and robust record of possible metrics for commission consideration, resulting in nearly 100 metrics for MPUC consideration.

PUC establishes metrics. The commission meets in August to review the proposed metrics, selecting a set of approximately 30 metrics that correspond to the five performance outcomes and ordering Xcel Energy to work with stakeholders to develop methods for calculating, verifying, and reporting the metrics.

Xcel proposes metric calculation, verification, reporting. GPI, in partnership with Xcel Energy, issues a survey for stakeholder feedback on the company’s draft methodologies for metric calculation, verification, and reporting, and convenes a stakeholder meeting to identify areas of agreement and disagreement. Xcel Energy subsequently files its final proposal on October 31. The MPUC opens a comment period on the filing.

The MPUC meets in February to discuss Xcel Energy’s proposal for metric calculation, verification, and reporting, approving the proposal with slight modifications. The MPUC also orders Xcel Energy to pursue three key next steps in the process in collaboration with stakeholders:

Read more in-depth about the development of performance-based regulation in Minnesota in a three-part case study published by the Smart Electric Power Alliance. 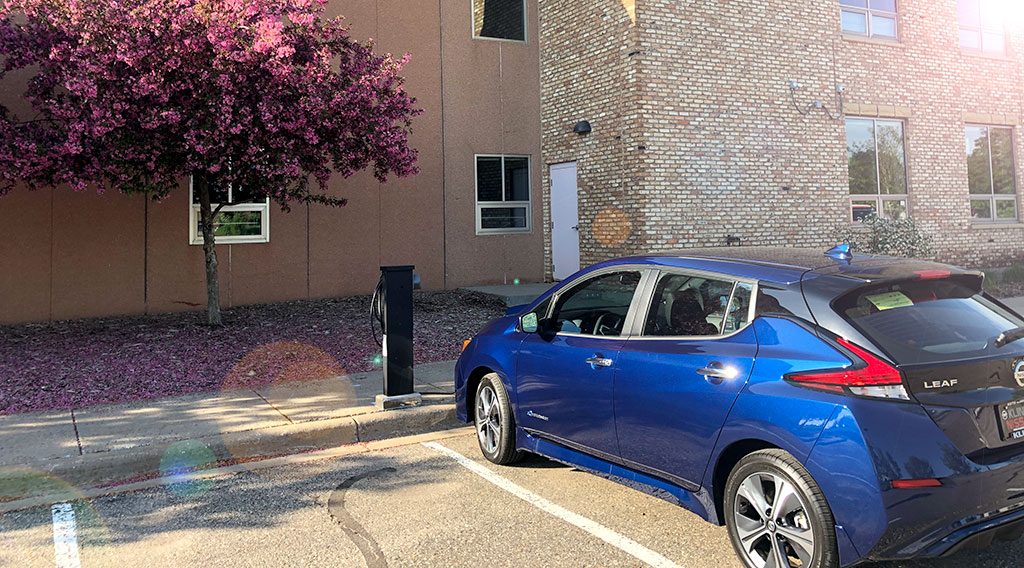