Powering the Future in Rural Minnesota: Assessing Views of Solar Energy as a Local Resource 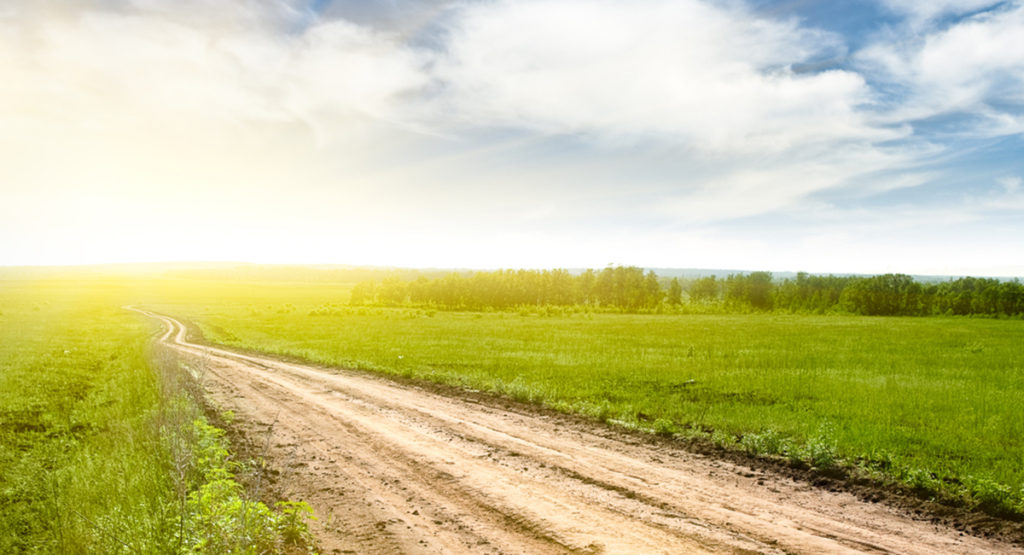 Like many parts of the US, communities in rural Minnesota are experiencing growing interest among residents and businesses in development of an untapped, local economic resource: solar energy. To help communities understand and plan for development of solar resources, the Great Plains Institute has engaged local leaders to identify key gaps in information, challenges, and opportunities associated with such development.

As part of that effort, we’ve completed a set of surveys on solar development; first with cities and counties in Minnesota and, more recently, a survey of leaders in the state’s townships. The over 1,700 townships in Minnesota are mainly located in rural areas and will play a key role in decision making on energy development in the state. Township governments in Minnesota provide governmental services, mainly in rural areas with much of the land use dedicated to agriculture.

In 2007, Minnesota reached a milestone for solar energy development–the state had finally seen 1,000 kilowatts (KW) of solar power installed on individual roofs scattered across the state. That 1,000 KW, or one megawatt (1MW), of solar energy capacity was providing an equivalent amount of energy to the annual power consumption of about 140 homes.

Ten years later, in 2017, Minnesota saw an average of more than 1 MW of solar capacity installed every day. The pace in 2018 is similar, with almost 870 MW now installed to date. 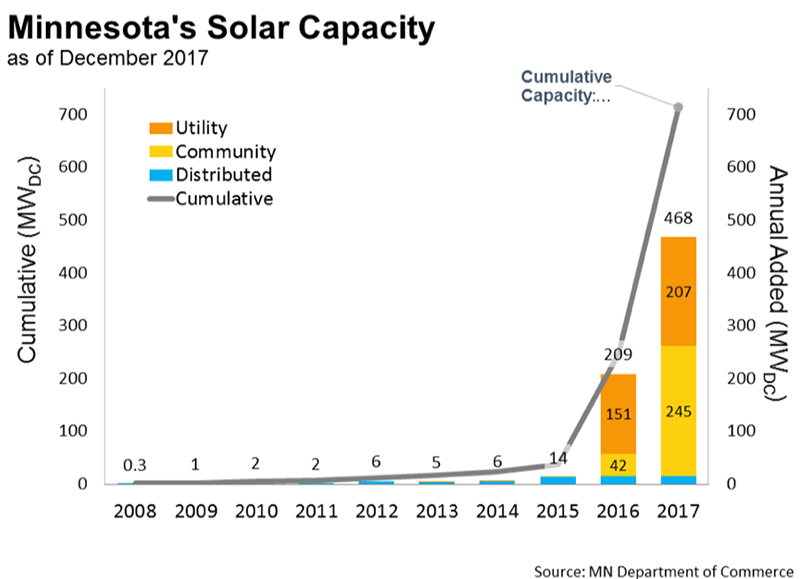 This transformation demonstrates the dramatic changes seen over the past decade for both the cost of solar energy and the market for solar-produced electricity.

This rate of change is forecasted to continue. Xcel Energy, the state’s largest electric utility, is forecasting in its long-term resource plan on the order of 3,000 MW of solar energy deployment over the next decade. Statewide, solar energy could meet 10 percent of Minnesota’s total electricity sales, or 5,000 to 6,000 MW of solar energy installations during this time period (see the MN Solar Pathways’ Solar Potential Analysis Report).

The impact of solar energy development on Minnesota’s townships

What does this mean for Minnesota’s township communities, the people and businesses in mostly rural areas of the state? Several realities, both opportunities and risks, are now facing township elected and appointed officials:

As part of the recently released Minnesota Solar Pathways Solar Potential Analysis Report, GPI has surveyed local governments on their perceptions of solar development. The Minnesota Association of Townships worked with GPI to conduct a survey of townships earlier this year. Previously, a similar study was conducted with cities and counties.

These surveys focused on four types of solar deployment that local governments are likely to see, each of which has distinct implications and presents both opportunities and risks for the community:

The survey resulted in 22 townships responding, including rural townships, metro-area townships, and urban townships outside of the Twin Cities metro area. Respondents included both appointed and elected officials. The previously completed city and county survey had responses from over 100 local governments, with respondents being primarily staff, along with elected and appointed officials.

Below is a summary of the results from the township survey:

Chart 4: Biggest Risks of Local Solar Development: Both township and city/county respondents identified aesthetics and displacement of other development or agriculture as the largest risks of local solar development.

Chart 5: What Assistance Would Your Township Benefit From? Townships identified solar financing and economic development opportunities as the information they would most like moving forward.

Comparison of results across surveys

GPI compared the results of the township survey with the city and county government survey on several of the questions. Township responses showed only a few notable differences from the city/county results.:

All townships in Minnesota will face decisions about solar energy development. Every Minnesota community, and most individual properties, have economically viable solar energy resources. Minnesota’s total solar resource is so large that harvesting less than one percent of it (as measured by land utilization) would produce more than the state’s total electricity production.

The University of Minnesota mapped out the state’s solar resources on a highly granular scale and created an interactive Minnesota Solar App in 2016. The app can be used by anyone, including government officials or property owners, and enables users to see the high-value solar locations at a 1-meter resolution. These data can also be mapped to community boundaries in order to assess the economic opportunity of local energy resources.

While gaining an understanding of the resource potential is important, the opportunity for solar development in any township is shaped by factors other than economically viable resources:

By incorporating planning tools, providing technical assistance, and increasing community engagement (see example), the concerns of community or surrounding property owners can be balanced with the property owner’s interest and the community’s benefits from potential solar development.

This post was adapted from an original post that appeared in the Minnesota Township Insider, 2018 Fall Issue.