Q&A with GPI VP Brendan Jordan: The US and EU Experience with Developing Biomass Industries 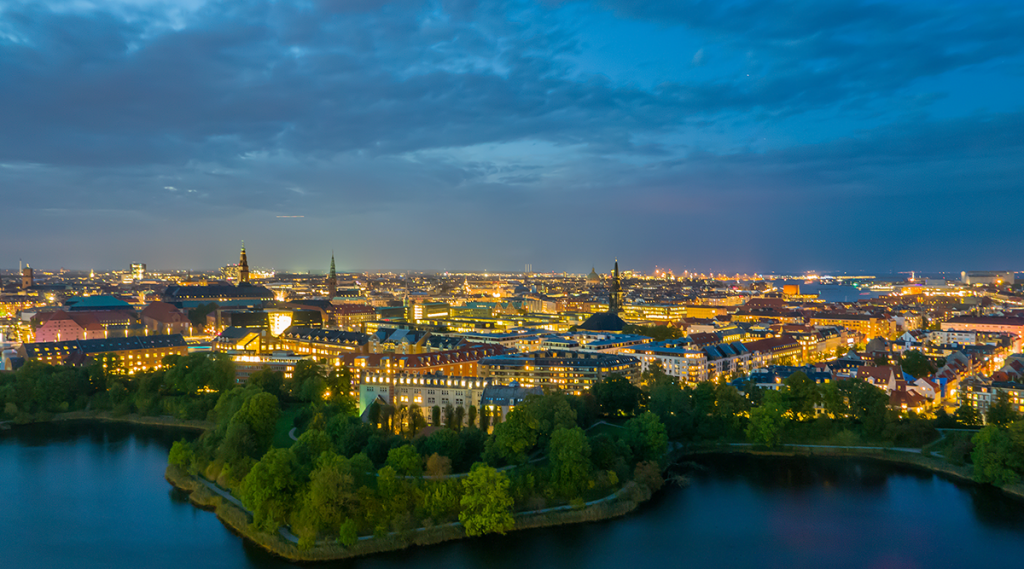 GPI‘s Brendan Jordan recently presented at the European Biomass Conference and Exhibition in Copenhagen. In a Q&A with GPI’s Will Dunder, Brendan shares some key highlights below from his presentation and some insights gained through experience at the conference which gathered biomass leaders and experts from around the world.

What are some key overall observations about the development of biomass industries in the United States and Europe?

According to multiple analyses by the Intergovernmental Panel on Climate Change, the International Energy Agency, and others, biomass remains a crucial pillar of most scenarios for limiting global warming to 2⁰C or less¹. The United States has made significant progress on deployment of biomass in a few areas; notably deployment of liquid biofuels (ethanol is more than 10 percent of the gasoline supply). We have an active, federally-funded R&D program that has made some great progress, including bringing down the cost of enzymes to produce cellulosic ethanol. We also have early commercial deployments of some advanced biofuel technologies, and some early progress in renewable natural gas.

There are other areas in which countries in the European Union have made far more progress; notably production of biogas and integration of “green gas” into the natural gas grid, and biomass district heating systems.

There are also some areas of ongoing controversy, such as the export of wood-pellets from the Southeastern United States to countries in the EU for electricity production. And then there is the whole subject of carbon capture and storage, which I dealt with in my presentation.

What was the subject of the presentation?

My oral presentation explained the opportunity in the US to capture carbon dioxide (CO₂) from ethanol plants for storage through enhanced oil recovery, for other beneficial uses, or in saline formations. The combination of the recent passage of the 45Q tax credit for carbon capture and storage, revenue from enhanced oil recovery, the relatively low cost of capture from ethanol plants, and interest from the industry in having a new revenue opportunity means there is a real opportunity in the near future for significant greenhouse gas reductions (GHG) by capturing and storing ethanol CO2.

GPI co-convenes the Carbon Capture Coalition, which spearheaded efforts to pass a an expanded and reformed 45Q this February; staffs the State CO₂-EOR Deployment Work Group, a partnership of 14 Governors working to build CO₂ pipeline infrastructure; and is a partner with the Kansas Geological Survey on a US Department of Energy-funded carbon capture initiative called CarbonSAFE. With Department of Energy funding, GPI and the Kansas Geological Survey have explored the economics of capturing and transportation ethanol CO₂ and found that the economics and policy incentives should make carbon capture at ethanol plants viable. In fact, Dr. Dan Sanchez published a paper indicating that around two-thirds of all ethanol plants would find it economically beneficial to capture carbon at a cost of $60 per ton—consistent with current incentives and revenues for EOR.

My clear argument—also laid out in a recent whitepaper by the State CO₂-EOR Deployment Work Group—is that ethanol CCS is a near-term opportunity to reduce GHG emissions and benefit the ethanol and domestic oil industries economically.

I also discussed whether ethanol carbon capture helps pave the way to BECCS, or bioenergy plus carbon capture and storage. BECCS projects are carbon negative—biomass captures atmospheric carbon when grown, displaces fossil energy and emissions, and its biogenic emissions are captured and stored. Ethanol capture capture is not carbon negative—though it reduced ethanol’s carbon intensity by 40-60 percent.

Ethanol carbon capture does not help address the complicated issues around biomass sustainability immediately. But I argued that this is indeed a meaningful step towards BECCS because ethanol carbon capture: involves capture and storage of biogenic carbon, helps build CO2 pipelines to areas of the country with significant biomass supply; and is a first step towards integrating biogenic CCS into carbon accounting for bioenergy projects.

My “poster presentation” discussed Minnesota’s success in passing a significant production incentive for advanced biofuel, biobased chemical, and biomass thermal energy production. This incentive, with support from the Bioeconomic Bioeconomy Coalition of Minnesota, passed in 2015 as a way to support commercial development of the bioeconomy and create new value-added opportunities in the state for biomass from agricultural, forestry, and organic waste sources. The incentive is starting to show results, with two facilities having used the incentive to date and additional projects in the pipeline.

How does the European bioeconomy differ from the bioeconomy in the United States?

There are a few notable technological areas where Europe is clearly leading, including anaerobic digestion, biomass combined heat and power, and biomass district heating.

Both the US and Europe have placed emphasis on developing advanced biofuels from biomass and have commercial-scale deployments of that technology. Both are struggling to move beyond early commercial projects  and move to significant deployment. Both emphasize the integrated biorefinery as a goal—producing fuels and chemicals.

There is an intense debate in the US and the EU about the GHG impact of biomass. We have moved far beyond the simple assumption that biomass is “carbon neutral,” and have incorporated complex topics such as indirect land use change and carbon debt. There is a  robust research community in Europe investigating and modeling the GHG implications of biomass. I was struck by how many researchers have moved forward despite the complications that have emerged. Far from being paralyzed, EU researchers are working through the complexity and finding ways that biomass can offer value as a GHG reduction resource.

An idea from Europe that we are hoping to replicate (and which I traveled to Copenhagen in part to investigate further) is the idea of technology development consortia. The EU explicitly funds broad partnerships of researchers and industry to work together to commercialize and deploy new technology. This approach certainly has merit, and the Bioeconomy Coalition of Minnesota is hoping to replicate this through the Minnesota Bioeconomy Commercialization Consortium.

In both the EU and the US, there is a perpetual sense that we have so much to accomplish and we just aren’t moving quickly enough. I share that frustration and it was particularly poignant to hear the same frustration from Europeans who are far ahead of us in many respects. There is a lot more that we need to do in a more rapid time frame, and more international dialogue and collaboration can only help.

Which other presentations/ideas/technologies did you find most interesting and how might we implement some of those ideas or technologies in the US?

Increased deployment of biogas is an urgent need in the US. We have a great opportunity to learn from the European model and partner with European technology providers.

Several key features are worth adopting. The first is scale: the US has focused more on small on-farm digestor systems while Europe has moved towards large-scale systems that benefit from economies of scale. The second is gas-cleanup and gas-grid-integration. Trying to line everything up at once – a source of organics, and aerobic digestor producing biogas and a co-located user (e.g., a power producer or a fleet of compressed natural gas vehicles) can slow down the development of projects. Another alternative is to produce biogas, clean it to pipeline quality, and inject it directly into the natural gas grid. Someone who wants to use biogas can simply have a contractual arrangement with the producer to make sure there isn’t double-counting of the biogas by multiple users. This system can be made easier by environmental credit trading, similar to the well-developed systems already in existance for renewable electricity (for example the Midwest Renewable Energy Tracking System, which GPI played a role in founding)

The US has various incentives in place—for example an incentive for biogas use for transportation under the renewable fuel standard, and local-level goals to increase recycling of municipal waste. The conditions are right for growth, and the European model offers us useful experience on what works and doesn’t work.